You might have heard of Afghanistan on the news for the wrong reasons, but there is a lot you don’t get to hear. It is a country in love with art like poetry and particularly old classics. Talking about old traditions, there is one good luck charm common in Afghanistan known as Nazar. This amulet is eye-shaped, and it is believed to ward off evil. It is believed that the evil eye, mainly connected with greed and envy, has harmful power that could cause calamity, disaster, illness, or even death. Therefore, the Nazar amulet is used to shun against these destructive powers.

History of the Nazar amulet charm

Nazar is originally an Arabic word that in English means glances, eye, or sight. The Nazar amulet was first used in Mesopotamia in 3000 BC. Also, it can be traced back to Greece in the 6th Century BC, where it was featured in wine drinking vessels. During wine drinking, it was believed to prevent evil spirits from entering the body of the wine drinker. Later, people in Turkey largely took over the use of Nazar amulet, and due to its religious significance, it became very popular in different cultures and countries, with Afghanistan being one of them. Surprisingly, even with evolution in traditions, the Nazar amulet still retains its iconic look. 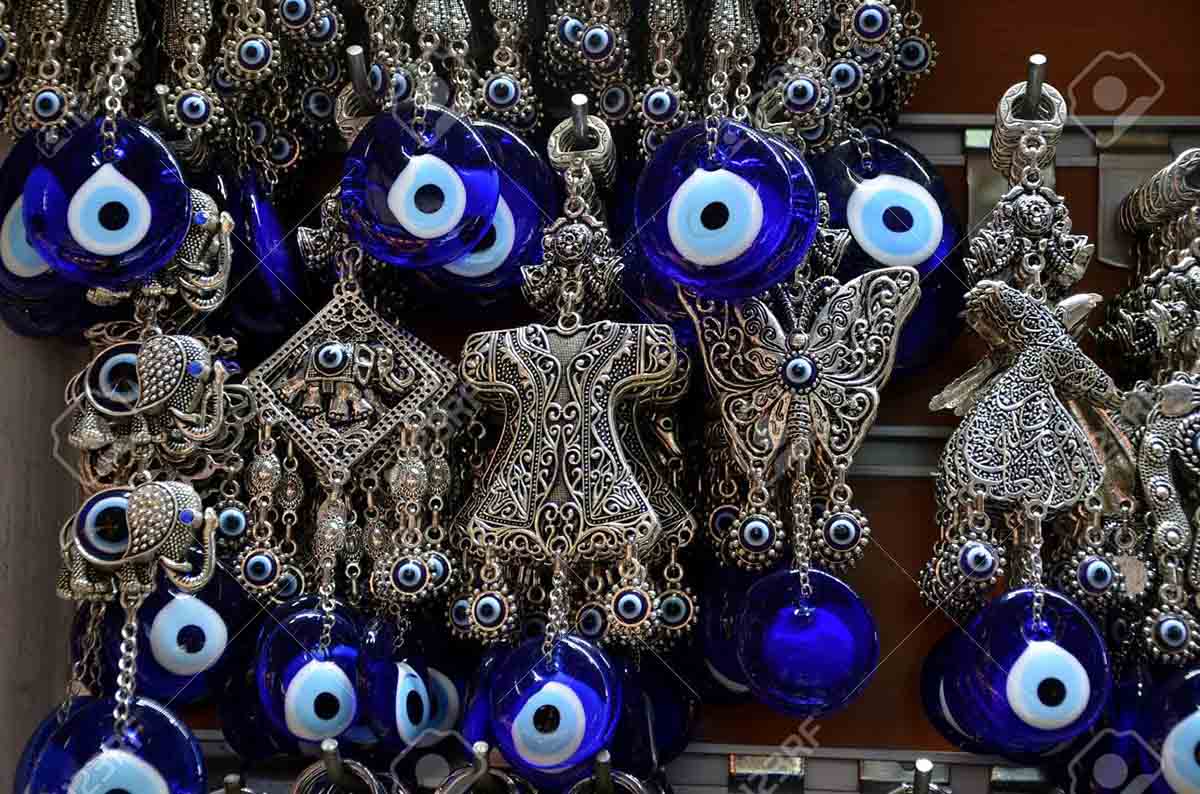 Why the Nazar Amulet brings luck

How to use Nazar amulet charm

In Afghanistan, the Nazar amulet is used in different ways. It is hung at a place visible to everyone in businesses, homes, cars, and offices to protect them from the evil eye. Moreover, it is incorporated into ornaments, jewelry, and clothes, mostly those belonging to young children. If you visit as a tourist, you can get it as a souvenir.

How the Nazar amulet charm is made

All Nazar Amulets in Afghanistan are handmade from the glass. It is circular and eyelike, consisting of four circles with from outside are dark blue, white, light blue, and black at the center. Even with the advanced improvement in technology, there has been little change in the way Nazar amulets are made compared to the way they were in ancient times.

How to make Nazar amulet charm at home

Nazar amulet can be easily made at home using easy steps adopted way back from the ancient days. Below are the steps you can use to make this good luck charm.