A quick search online will draw up endless search results relating to Finland’s native good luck charm – the Hannunvaakuna – from ancient explorations of the good luck charm at work, to modern day garments and gifts which display the symbol in all its finery for 21st century followers to buy into. But what is the symbol, where did it come from, and what does it mean for those who own it?

The term ‘Hannunvaakuna’ is visually defined as a looped square or Bowen knot, and is referred to widely today as the St John’s Arms. However, the symbol comes from and was recognised long before Christianity despite this name and is typically regarded as a symbol of protection from evil for whoever holds it – both in Finland and beyond.

Where did the Hannunvaakuna come from?

Interestingly, the Hannunvaakuna has been found printed, painted, and carved onto ancient homeware items and domestic utensils from Northern Europe. This supports the idea that the symbol was used and kept within the home to protect the user from evil – both when in the house and when out and about.

The oldest known interpretation of the symbol was found on a pair of old Finnish skis which are over 1,000 years old.

In Finland it has long been custom to paint the Hannunvaakuna onto the side of the home as well as having it carved and painted onto specific items, as this is said to keep evil spirits away from the home.

A similar coat of arms has been discovered on textiles dating back to the Egyptian times, indicating the long lived nature of the belief of Hannun’s arms.

The Hannunvaakuna is typically found carved into and painted onto household implement and has also become a prominent pattern found in modern jewellery and even printed onto 21st century garments – expressing a move away from the traditional beliefs and nature of the symbol, and instead embracing the modern day penchant for interesting symbols.

In Finland, the Hannunvaakuna boasts various interpretations and uses, all designed to offer the same level of protection for the owner. Some examples of where the symbol is found include:

Outside of Finland, the Hannunvaakuna continues to hold its powerful protective magic. In Sweden the symbol is said to protect livestock and animals from the evil magic of witches and other bad people with evil intentions. Meanwhile in Norway it has become the custom to paint or hang an interpretation of the Hannunvaakuna on the outside of your home on the night before Christmas, for protection.

In the 1950’s, the symbol became a fundamental part of cultural monument signage in Finland, to hold onto the ancient belief that the symbol offers protection and to showcase it as part of the country’s oldest and finest structures. This was further added to in the 1960’s as a way of pointing visitors to the Nordic countries towards local attractions, extending the relevance of the Hannunvaakuna outside of Finland alone.

A similar symbol also appears in Mississippian culture in the United States although the relevance of this is not necessarily linked with the Hannunvaakuna’s status as a symbol of great protection.

The Appearance of the Hannunvaakuna

The symbol itself is remarkably symbol, dictating a square with a loop in each of the four corners. Different interpretations of the symbol portray this with varying elaborate effects however the end result is always the same. Today, the symbol is known widely in Christianity as St John’s Arms, holding the same prominence as a protector.

Jewellery with the Hannunvaakuna made from metal or wood is one of the most common iterations of the symbol in 21st century society, with makers from all corners of the world tapping into this ancient symbol of good luck and protection. This feeds the rise in demand for variations of the symbol from modern buyers with everything from posters and wall banners to small charms and coins with the symbol engraved on them.

Unlike many other cultural and ancient symbols across other countries, the Hannunvaakuna can be made by anyone and doesn’t have to blessed by a high power or religious individual.

Depending on how you want to use your Hannunvaakuna, making your own interpretation is simple and can give you the peace of mind adopted by the Finnish people for centuries in driving away evil spirits and bad luck.

The number of interpretations widely found which show the Hannunvaakuna, prove that the square with the looped corners can be as large or as a small as you like – and that the loops can be smaller or bigger than the square. What matters most is the continuous nature of the lines of the symbol.

Some people believe that the four corners represent the four cardinal sins, though this is unconfirmed and the exact origin and meaning of the symbol is widely unknown.

The Hannunvaakuna can be printed, painted, carved, moulded, or drawn. Some modern believers have even had the symbol tattooed onto their body for non-stop protection from evil spirits.

The Hannunvaakuna symbol first originated in Northern Europe in prehistoric times. As a pagan Finnish symbol, it was believed to ward off the unwanted effects of evil spirits and bad luck. The meaning of its name literally translates into English as “Hannu’s arms’’.

The Hannunvaakuna has been around since ancient times, although in more recent years it has been given a new Christian name – the St John’s Arms. In the old Pagan religion of the Finnish people, it was believed to represent the arms of Hannu and was thought to offer protection. More recently it has appeared on the reverse side of the old Finnish penni.

Why The Hannunvaakuna Charm Brings Luck

This charm is believed to bring good luck thanks to its power to ward off evil spirits and to protect the owner.

How To Use The Hannunvaakuna Charm

This charm can be found on jewellery which is then worn, usually around the neck as a pendant. It may also be painted onto a wall to keep a home safe from evil.

How The Hannunvaakuna Charm Is Made

This charm takes the shape of a looped square. The square has a circle looping around all four of its corners. When found on jewellery, it is usually fashioned from wood or metal. It may also be carved into a wall or painted onto its surface to protect a property from harm.

How To Make The Hannunvaakuna Charm At Home 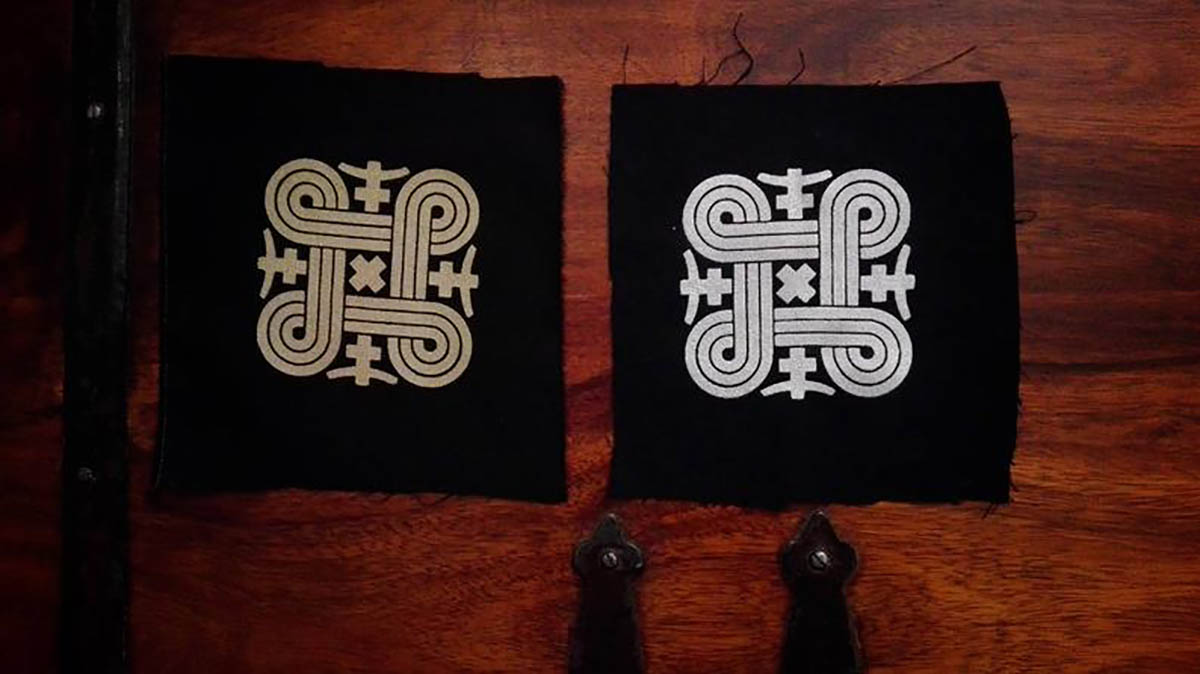 You can make a Hannunvaakuna charm at home by carving the symbol into a piece of wood, putting a hole through its top and then putting a cord or chain through it to wear it around your neck. Alternatively, you could paint it onto the wall of your home for widespread protection for your property and family.

Interesting and Fun Facts About The Hannunvaakuna Charm

What is the meaning of “hannunvaakuna”?

What is the origin of “hannunvaakuna”?

The Hannunvaakuna is a symbol of protection used in Finnish magic. It is said to date back to the time of the first Finnish settlers, who used it to ward off evil spirits. The symbol is thought to represent a human hand, and is often seen on amulets and talismans. It is also used in spells and incantations, and is said to be particularly effective against the evil eye.

What are some alternative spellings of “hannunvaakuna”?

What is the etymology of “hannunvaakuna”?

What are some common misspellings of “hannunvaakuna”?

What is the correct spelling of “hannunvaakuna”?

What is the plural form of “hannunvaakuna”?

There is no definitive answer to this question as the plural form of “hannunvaakuna” could depend on a variety of factors, such as the particular dialect of Finnish being spoken, the context in which the word is being used, and the personal preferences of the speaker.

What are some other forms of “hannunvaakuna”?

Hannunvaakuna is a very versatile and commonly used charm in Finnish witchcraft. It is used for protection, healing, and to increase one’s own personal power. The most common way to use hannunvaakuna is to wear it as a necklace or carry it in a pouch. It can also be hung on the door of one’s home or workplace.

Hannunvaakuna is a traditional Finnish dish made from a type of wild duck called the harlequin duck. The duck is first killed and then plucked and gutted. The carcass is then cut into pieces and boiled in water for a few hours. After the duck has been boiled, the meat is removed from the bones and chopped into small pieces.