When JFK visited Germany he announced “Ich bin ein Berliner’ which roughly translates into him telling then nation he was a jelly donut – not quite the message he was trying to convey. Nonetheless, sweet food is popular in Germany and the Marzipan Pig holds a special place in the heart of all German people.

The original good luck symbol was not a marzipan pig but just a pig itself. During the middle ages, you have been considered as very wealthy to own these animals and so the good luck charm was coined. 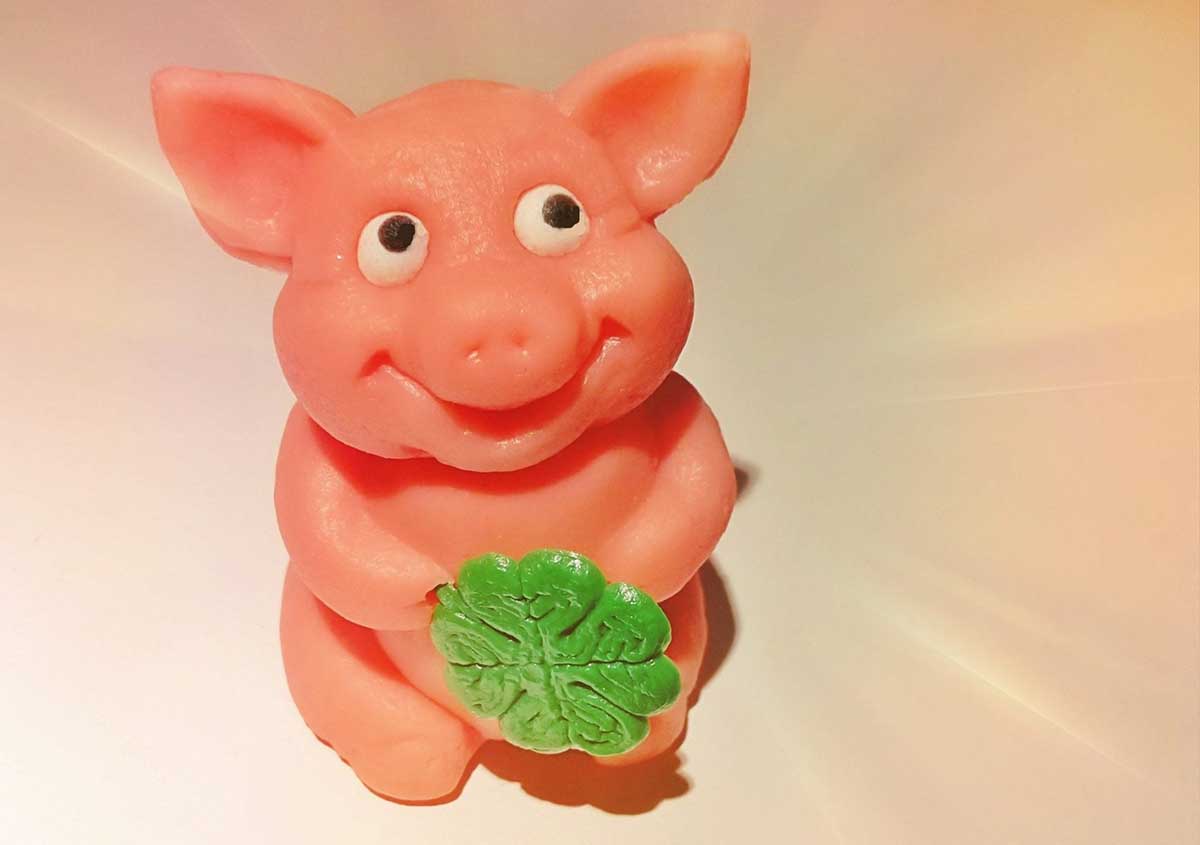 One of the most simple explanations for why a pig would bring luck would be that you wouldn’t go hungry if you owned pigs – something that was considered a luxury in history. The pig has developed into a symbol of wealth, prosperity and fertility.

How to Use the Glücksschwein (Marzipan Pig) Charm

The modern take on pigs that bring luck are served in marzipan and sold across the country to be given as gifts to friends and loved ones. The treats are delicious but also bring the recipient good luck and prosperity – who could refuse such a delicious charm?

How the Glücksschwein (Marzipan Pig) Charm Is Made

Glücksschwein (Marzipan Pig) are made in confectionery shops and the bodies are molded from a piece of marzipan with marzipan ears, snout, legs and tail then added. The eyes are painted on and you will sometimes find the pig holding a marzipan cloverleaf as some extra luck!

How to Make the Glücksschwein (Marzipan Pig) Charm at Home

Glücksschwein (Marzipan Pig) are easily made at home and only require a block of marzipan, some melted chocolate and a couple of cocktail sticks.

Firstly, shape the body of the pic from a piece of the marzipan. When you are happy with the shape you will need to make some small pointed ears, a curly tail and four little balls to be used as feet.
Attach the parts to the body by moistening the selected areas and sticking the marzipan on. Once dry, use the cocktail stick to put snout holes in and to dab two melted chocolate drops on as eyes.

Remember to pass the pig onto someone you love and care about to bring them luck!

Interesting and Fun Facts About the Glücksschwein (Marzipan Pig) Charm