There is a famous quotation that is rolled out every now and then from baseball player Lefty Gomez. He said he would rather be lucky than good. In western societies, we are keen to play down the role that luck plays in our success. Instead, we would like to believe that success is a direct result of the hard work and talent we bring to our area of expertise. This debate is more than just a trifling discussion about fate and fortune. The role of luck in success helps to inform the debate about income equality that plagues the world.

What the researchers say

Academics in Italy, from the University of Catania, were therefore undertaking serious work when exploring the role luck plays in success and failure. The goal of the research was to model human talent and how much this talent is used in our life. The hope is that the researchers will understand how much chance plays in the outcome of our lives. In short, it is a study about self-determination.
The team ran many simulations. They were successfully able to reflect the wealth distribution in the real world and then map this against the distribution of talent. What was observed was interesting. They proved that there wasn’t a direct match between those that were wealthy and those that were considered talented. The wealthiest mapped better against those that were considered lucky.
How did they come to this conclusion? They created a model that assigned people with a certain level of talent based on skill, ability, intelligence – and several other factors. They would create a standard deviation pattern of this talent throughout a population sample. The model then tracks individuals through a typical 40-year life that are scattered with lucky and unlucky events. The lucky events increased wealth and vice versa. This is a simulation so was repeated many times to make sure the outcomes were robust. It concluded that the wealthiest individuals were not anywhere near the most talented. 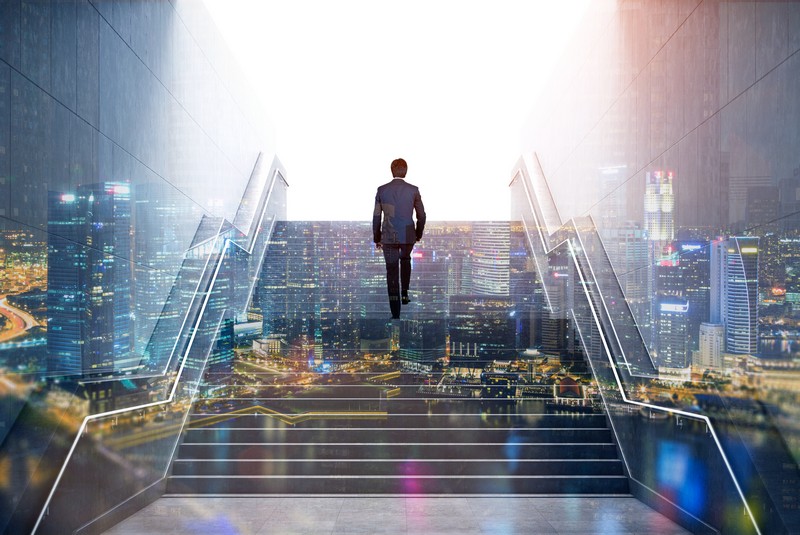 Does this suggest luck is central to success?

This suggests that success is directly linked to pure luck, if you connect success directly to wealth. The correlation between luck and wealth was clear. Those who were simulated to have more unluckiest events came at the bottom of the pile and the luckiest at the top.
Things are not so simple. The researchers needed to consider the impact of behaviour that influenced this outcome. They explored science research funding and three distinct methods of offering this finance. First, the equal distribution of funding to all scientists. Second, the random distribution of funding to a subset of scientists and, third, preferential funding to those who were successful in the past.
After analysing these funding models, they discovered the best outcomes came from simply dividing the funding equally among all the researchers. The worst strategy was to use past success as an indicator for future success. Consequently, you could imply from this research that talent had little to do with the past success and it was instead a result of luck.
Another study published in Nature magazine confirmed the same conclusions. They studied basketball and whether past success with a three-point attempt encouraged the player to try again – which it did – but did not assure their success. The players fell into a trap of believing they were on a streak of talented shots. However, researchers showed that the success was shaped by many unpredictable forces and was unlikely to be repeated. Forces such as location, pressure from the defence, time in the match and many other factors played a significant part in the chance of scoring three points.

How does this apply to the business world?

The business world loves to worship at the feet of a guru. They promote prominent thinkers to the top of the pile, believing they have found the secret to success. These gurus now make their money by telling everyone else how to replicate this achievement.
However, what this research seems to suggest is that these individuals can only contribute a small amount to their success. The studies seem to show that there is also a lot of luck and good fortune involved in their success, which added to many contextual determinants, contributes to their success.
This is not to say that you cannot improve your chances by listening and learning from what others have done before you. It is possible to improve your luck just by learning how to be in the right place at the right time. However, the present circumstances have many different factors pushing and pulling on your chance of success. Therefore, you should also approach each new circumstance with fresh thinking and adapting what you know to secure greater success.
Also, you need to consider how much control we have over random events. What if there is an accident? What if someone robs you? What if you are struck down by a random illness? These events will impact all our lives throughout our time, and it is whether luck will play its part in presenting these obstacles when we are able to adapt and continue our road to success.

Fortune plays a part, as does hard work and talent. It is the alchemy of this mix that determines how our life will pan out – plus our resilience in the face of difficulties and our perception of what is good fortune or not.