The rooster is all over Portugal and you have probably seen it as the symbol of a famous chicken restaurant but what you may not know is that it is the unofficial symbol of Portugal and brings luck to anyone that owns one.

The Galo de Barcelos is part of a very well-known folk tale in Portugal. The story goes that a piece of silverware was stolen from a rich landowner. The landowner accused one of his guests and it was later tried in court. The man’s guest was found guilty even though there was lots of evidence to prove his innocence. The magistrate in the court is said to have offered the accused one further chance of freedom; he saw a rooster in a basket and said if it crowed then the man was innocent. As luck would have it the rooster crowed and the man was freed.

The ceramic rooster is said to watch over its owner and ensure no ill deed is done to them by any other person. By having a rooster as part of your life you can be safe in the knowledge that you will be treated fairly and justly.

How to Use the Galo de Barcelos Charm 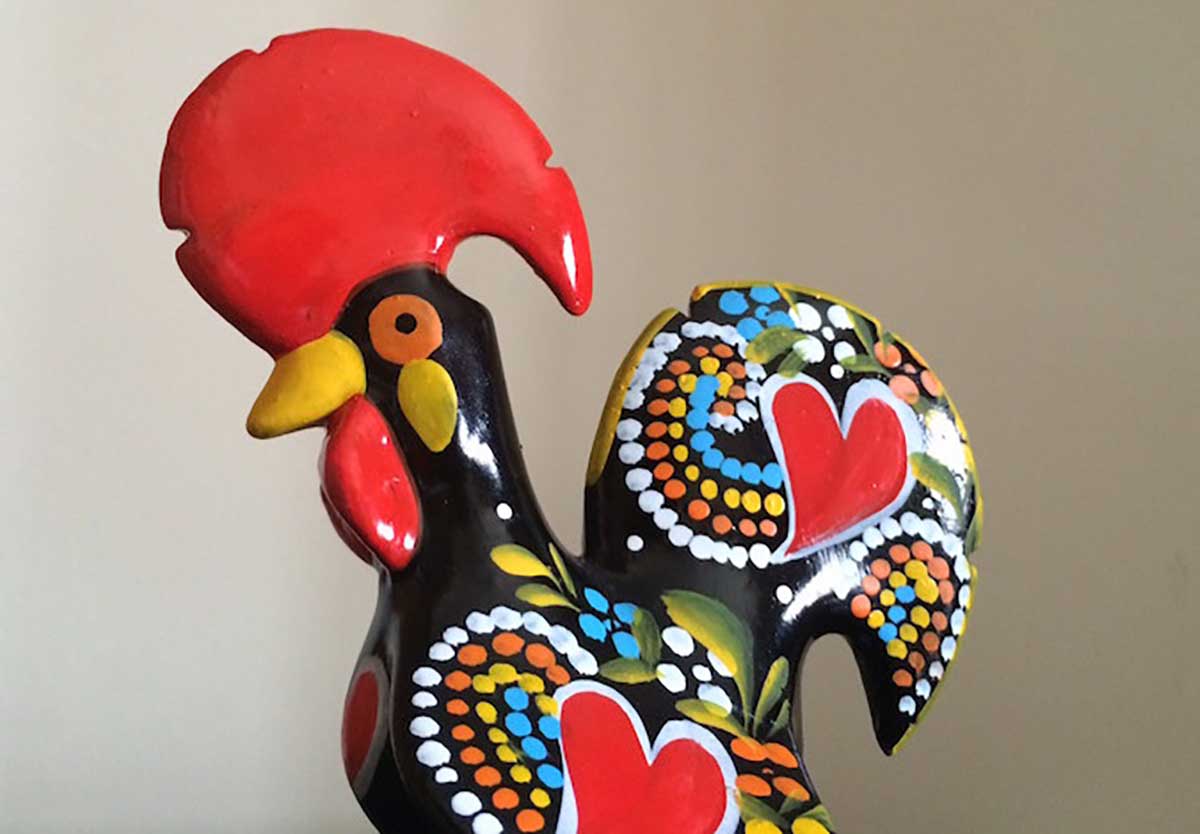 The rooster is used as a decoration in homes, on t-shirts and even on keyrings. It seems not to matter how you incorporate the rooster into your life as long as you do.

How the Galo de Barcelos Charm Is Made

The original ceramic roosters are made in a mold and then beautifully hand decorated. The roosters are mainly black, blue, red and yellow and they all look very similar.

How to Make the Galo de Barcelos Charm at Home

If you want to make your own Galo de Barcelos then we’d suggest that you draw or paint one onto a surface of your choice – you can use any item such as a canvas, t-shirt or cloth.

You start by painting a rooster body in black, with a red top and blue bottom. When these blocks of color are dry you can start to decorate the body with two hearts, flowers and colored dots all over the body. You will also need to paint the claws onto the rooster.

Interesting and Fun Facts About the Galo de Barcelos Charm