Many people swear by a lucky charm and others think they are facile and silly. Regardless of your thoughts, the different charms are likely to survive well beyond our lifetime, as they have thrived for millennia to date. From a rabbit’s foot to horseshoes, we look to objects and the stories they represent to shape our fortune.
Here we look at the most popular charms around the world and why they hold such powers for us.

We have all heard the term “the luck of the Irish” and there is no symbol more Irish and luckier than the four-leaf clover. The stories around the four-leaf clover date back to the Celts, who thought that finding this little plant could help you see fairies and so avoid their mischievous ways. Fairies were commonly thought to be the cause of bad luck at the time, so seeing them in action was a distinct advantage.
For many, the luck of the clover comes from their rarity. You are more likely to see the three-leaf clover, so your luck is in finding one with one more petal. However, others believe that the four leaves represent mystical powers of faith, hope, love and luck. A more modern interpretation suggests they represent fame, wealth, health and faithful love.

For the horse that has to carry a human along mixed terrain, the horseshoe is a striking piece of luck. It prevents a horse’s hoof from becoming irreversibly damaged and the animal lame. However, the seven holes in the horseshoe is a lucky number, iron as the only metal impervious to fire is also lucky and the shape is said to either hold in luck or pours luck over you as you walk through the door.
There was a time when people believed that horseshoes stopped witches from entering your home. Such was the belief in the power of iron that suspected witches’ coffins were nailed shut with iron nails.
If you want to know why it is the horseshoe – check out the story of St Dunstan, the Devil, and the Horseshoe. He struck quite a deal with the hooved demon. 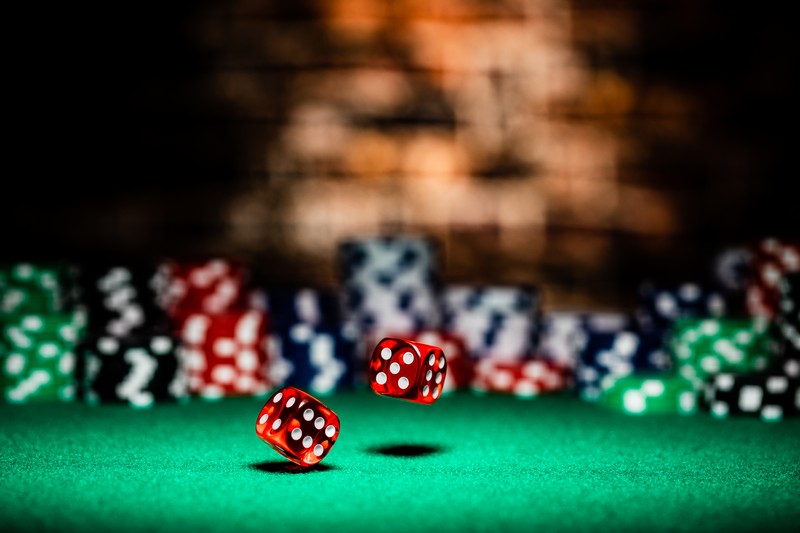 Las Vegas must be the luckiest place in the world if all it takes is the presence of dice! There could be a few thousand or millions of people who might disagree.
Yet, in World War 2, fighter pilots used gambling symbols like cards and dice as a lucky charm. It is thought it represented the awful chances they had of coming home again and the dice were a symbol of hope and that luck would be in their favour.
In response to the trend in WW2, Deccofelt Corp ran a marketing campaign using fuzzy dice, which could be hung from the rear-view mirror. The fad was born in 1959 and is still something of a talisman for some to this very day.

In Germany, the ladybug is literally called the lucky bug, known as “glueckskaefer”. Yet, the little bug is a symbol of luck much more widely than just Europe.
There are some cultures who believe that if a ladybug lands on you then you should never brush it off, as it brings you good luck. And, if two people see a ladybug at the same time, then they are destined to fall in love. In Belgium, a woman with a ladybug crawling across her hand is soon to be married.
If you are looking to maximise your luck, then you need to hunt down the brightest red ladybug with the most spots.

Seven is said to be the luckiest number, which has roots in many cultures throughout time. Many believe it has to do with the place that 7 has in mathematics. The Greeks called seven “the perfect number” as it is the sum of 3 (triangle) and 4 (square), which are perfect forms. There are also 7 days, 7 colours, 7 planets visible to us from Earth, and 7 is a winning roll in many dice games.
In China, the luckiest number is 8. It is said to be a symbol of balance and harmony.

Rabbit’s foot and other animals

First, we have to acknowledge that a rabbit’s foot on a keychain is not a lucky charm for the rabbit. Fortunately, there are a lot of synthetic rabbit’s feet available to help bestow luck on you.
It is also worth knowing that the legend comes from hoodoo magic. It originates in a legend that said a hind foot of a rabbit if that rabbit was captured in a cemetery at night, can act as a barrier to evil magic.
The rabbit is just one animal where we can source our luck. Goldfish are said to bring luck and prosperity in a home that is arranged using Feng Shui. In Germany, pigs are thought to be lucky, while the Ancient Egyptians looked to the scarab beetle. In Korea, seeing a swallow is good luck and a sparrow will bring kindness and prosperity.

Find a penny pick it up, all day you will have good luck – a common rhyme used to justify bending down to pick up a small denomination coin. There are complex rules around this superstition. For instance, the penny needs to be found head up to be lucky. Also, the luck only lasts until midnight, unless you pass on the penny when it will last for life.
In China, the Chinese I-Ching coins are considered lucky and are often given as gifts at weddings. The coins are usually hung decoratively on a string, ready for display in the home.

As seven is such a lucky number, we will stop our exploration of charms right here. There are a host of other charms, such as bamboo, the Evil Eye, and acorns, which also have their legends. All are symbols of our desire to control our fate or just make us feel better and that life will work out for us.