Also referred to as simply the ‘Dala Horse’, the Dalecarlian Horse was once a symbol used in Pagan worship and originated in the province of Dalarna in the heart of Sweden. The Dalecarlian horse is a prime example of a simple toy which was crafted by hand, and which over time became a valuable skill which boosted the economy and soon grew to become recognised as one of the staple pieces of Swedish culture.

When purchased as a toy or a souvenir, the Dala Horse is a vibrant and intricate piece of craft which is still made today using traditional techniques and embodying the designs of the horses from years gone by. However, it is the historical prominence of the horse as a symbol of good luck in Sweden which makes these items so interesting to study and such an important part of the Swedish culture to the modern buyer.

The History of the Dalecarlian Horse

The Dalecarlian Horse is said to be linked with ancient Pagan traditions and worship, with similar horses being found in the graves of Vikings and witches – the Dalecarlian horses are even referenced in ancient witchcraft trial documents and reports.

After that, the horses grew to take on and boost a large part of the Swedish economy, with people carving and painting Dala horses in exchange for goods – a bit like a specific local currency.

However, it was not until 1939 that the Dala Horse took up world prominence and became the symbol of Sweden in the eyes of the rest of the world – when a giant Dalecarlian horse was built and erected as part of the New York World Exhibition. Placed outside the Swedish Pavilion as an introduction to the art and craft of the Swedish community, the horse became a sensation and grew to hold the title of the officially good luck charm for Swedish people. In fact, in the year following the exhibition, more than 20,000 horses were bought and shipped all over the world to those who bought into the tradition and wanted a horse for their own collection or home.

Since then, these horses appear in the windows and doorways of Swedish homes, bringing good luck into the family and the homestead – and have become a symbol of wisdom and dignity across the country.

The luck itself is said to come from the design, with intricate designs reflecting the community in which the horse was made or else reflecting the desires and dreams of the person painting the horse. The strength of the build and the quality of the carving also has a supposed impact on the amount of luck that a horse brings to its owner, giving them the gift of strength and dignity.

How the Dalecarlian Horses are made

The horses are made using wood from the forest around Lake Siljan, which is cut out and carved from very specific shaped moulds – based on where the horse is being made. These horses can cost upwards of hundreds of dollars depending on the quality of the craftmanship, with many makers now leaving the horses naked for buyers to paint themselves at home – cutting the labour time and end cost significantly. The high cost today stems from the lengthy build process which includes hand carving each piece (making each one unique), polishing then painting the wood. It is said that the skills of nine different people go into making each and every Dalecarlian horse.

Typically considered to be one of the staple souvenirs to come from Sweden, the West popularity and demand for these horses is built only loosely on the association with good luck and good fortune and is now considered by tourists to be more of a souvenir than a genuine charm of good fortune.

Traditional horses are painted red as the base colour, with the detailing added atop the red coat as per the final design. Interestingly, one of the main marks of a genuine and authentic Dalecarlian horse is the use of two different paint colours on one brush, creating sweeping and well balanced lines of paint.

Now, the market is full of variations of the Dalecarlian horse, including a number of inspired items which take the idea of the horse silhouette and take it in different directions – providing a nod to the original but with increasingly creative, innovative, and cheap alternatives.

Because the Dalecarlian horse was once perceived as a craft and item of great value, and due to the worth on the modern market of genuine and authentic Dalecarlian horses, it is true that the traditional Dalecarlian horse holds great value and is thus linked with good fortune. Horses are also considered to be holy animals, perhaps explaining the chosen shape of the carving – while the colours are dependent on the exact community in which each horse is made and finished.

As the spotlight craft and souvenir of the Swedish community, used by both locals and tourists alike, the Dala horse has grown in popularity and is now widely available in Sweden and beyond. It employs the skills of a multitude of crafters, and held up the Swedish economy during years of turmoil.

Look out for the most well known of all the designs, which focuses on a red base colour with green, white, yellow and blue making up the detailed harness.

The notion that a child’s toy could turn into a symbol of luck seems strange but that is exactly what has happened with the Dalecarlian Horse. In the olden times it was a popular child’s toy but as they grew in popularity people started to keep them as ornaments that brought luck.

After the Dalecarlian Horse began to become a household ornament people used them to barter in exchange for food or supplies as times were particularly hard and money was scarce. The horses were hand carved from leftover wood and then painted red and decorated.

The Dalecarlian Horse became commonly known as a good luck charm after a giant version was displayed in New York. Since then people display them in their homes as a symbol of luck for Swedish people.

How to Use the Dalecarlian Horse Charm

The Dalecarlian Horse can be used as either a toy for children or as an ornament and either way it is still considered to bring luck and fortune to the owner.

How the Dalecarlian Horse Charm Is Made 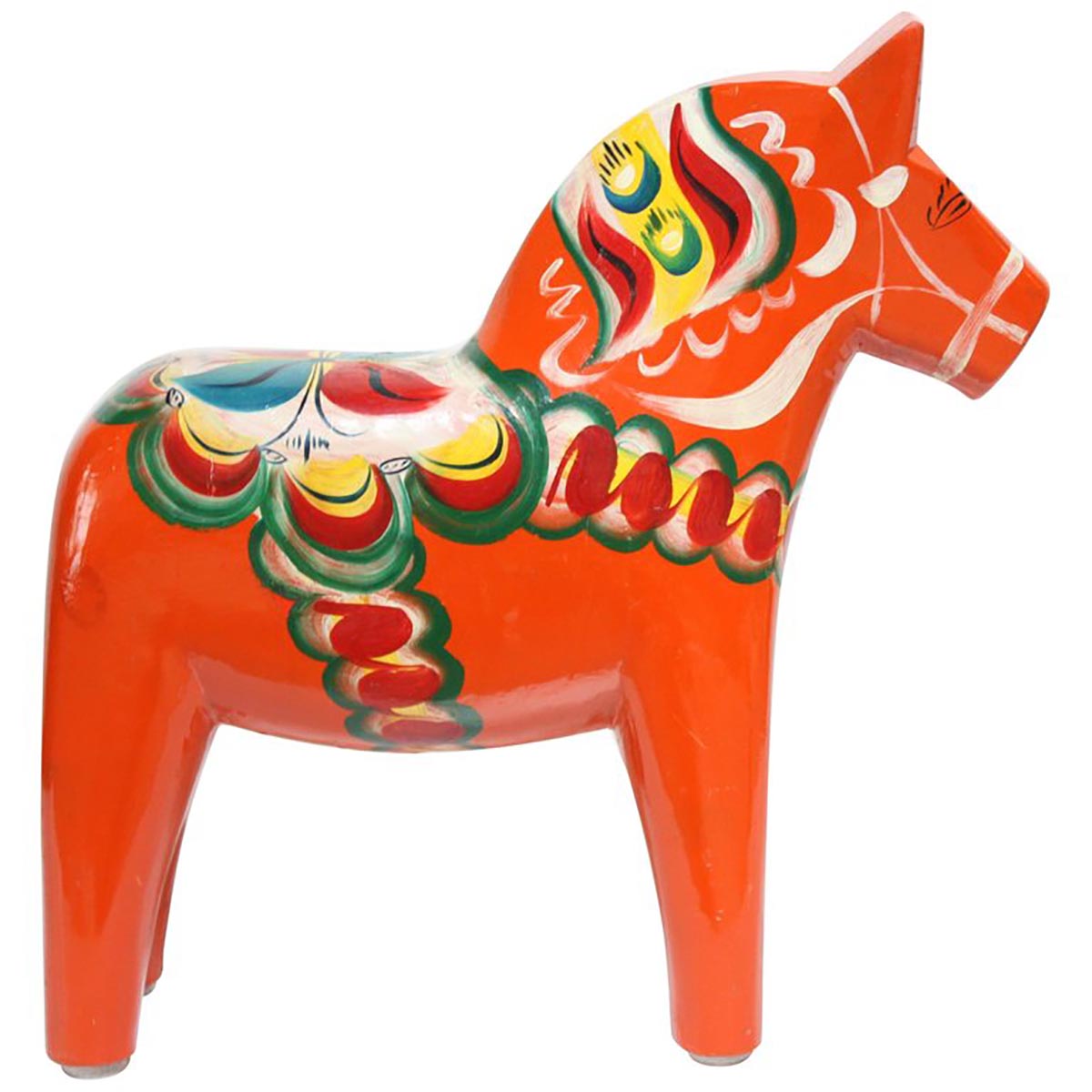 The charm is made from scrap wood and is carved into a horse shape. When the carving is complete it is then painted red. When dry it is then decorated with the decoration of the area it was made in.

How to Make the Dalecarlian Horse Charm at Home

If you want to make your own Dalecarlian Horse you will firstly need to carve a horse shape into a piece of wood. The typical shape is not very detailed and does not have a tail.
When you have carved your horse you will need to paint it red and let it dry. Later, you can decorate it with blue and white paint, creating your very own unique design that will bring you luck forever.

Interesting and Fun Facts About the Dalecarlian Horse Charm