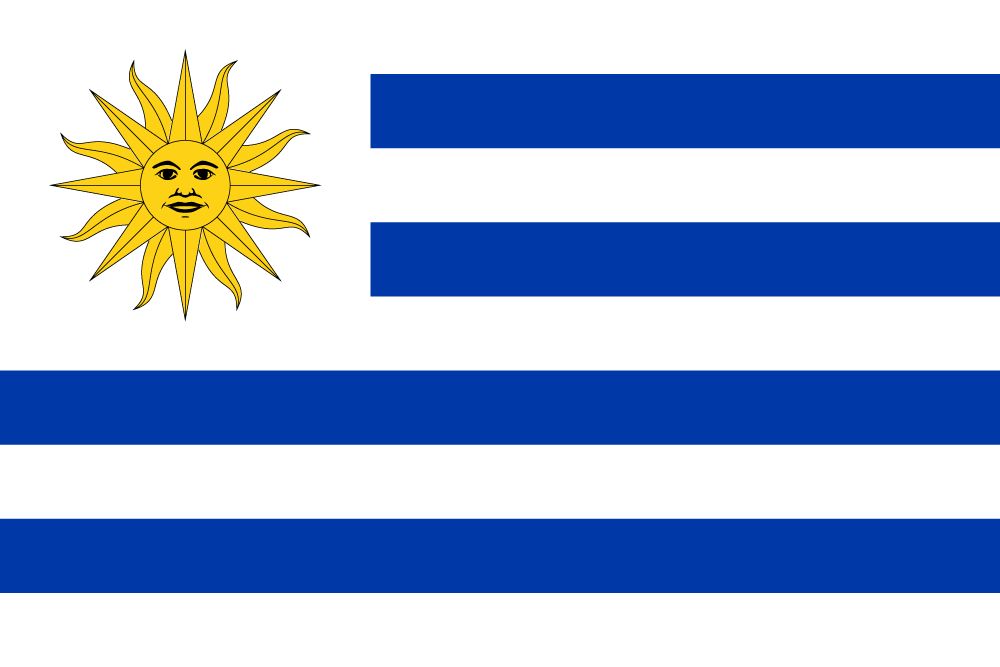 Uruguay is a country in South America in the southeastern region popularly known for sports, wine, meat, and much more. Traditionally, some tribes in Uruguay believe that Amethyst, a beautiful purple gemstone, can bring good luck to you!

History of Amethyst as a good luck charm

Amethyst is derived from the Greek word amethustos that means sober. Greek mythology explains that Amethyst was a young virgin, and, one day, she drank a lot of red wine and became intoxicated. She went to a shrine and turned to the goddess Diana for help. Out of annoyance, Dionysus, also known as Bacchus, the god of wine and enjoyment, sent a tiger to kill her.

However, a  goddess, Artemis, felt pity and turned her into quartz, a white stone. Due to his actions, Dionysus cried remorsefully, and his tears dripped into his red wine goblet. The red wine goblets overturned and spilled on the white rock, which became saturated and became purple quartz, which was then named Amethyst. From that time, Amethyst is associated with soberness and intoxication. During the Roman Empire, the catholic bishops wore this as a ring around the finger. They believed that kissing it grounded them in spiritual thoughts and guarded them against mystical intoxication. Amethyst is also referred to as the St. Valentine stone believed that it was the birthstone for February.

In Uruguay, drinking from a cup made from Amethyst is believed to prevent intoxication, drunkenness, and overindulgence. Wearing Amethyst around the navel brings mind soberness. The stone charm is associated with power, and it is believed that it soothes the emotions and the mind. It is believed that it creates a protective shield over the wearer. It promotes cognitive perception, it gets rid of negative energy, plus it enhances creativity and imagination. Those that are grieving the loss of their loved ones can use it for comfort. 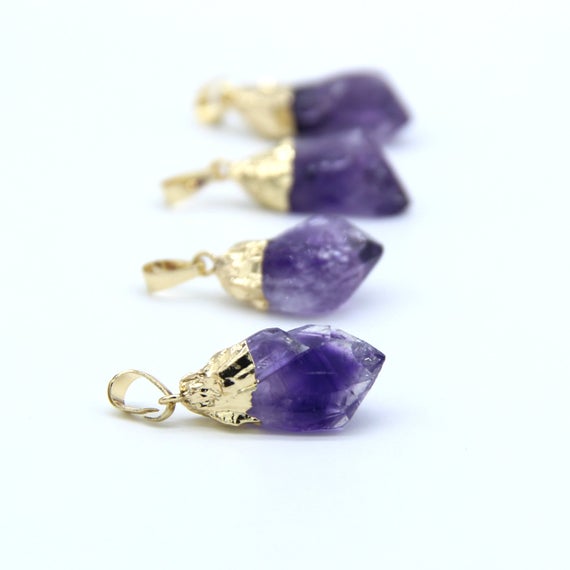 How to use Amethyst as a good luck charm

You can use the Amethyst charm in the form of jewelry like rings, bracelets, or necklaces. You can also mix Amethyst crystals with massage oil and essences.

How is Amethyst charm made?

Amethyst is a stone that occurs naturally in Uruguay. Making an Amethyst charm simply involved cutting it into a desirable shape and incorporating it into a piece of jewelry. Also, you can crush it into small pieces and add them to body oil.

How to make Amethyst charm at home

You can make you amethyst charm, if you have a bit of crafty hands and the materials.

Using a saw, cut Amethyst into the desired size

To shape the charm. takes your sandpaper and pours some water on it, rub the Amethyst against the sandpaper from side to side until you achieve your desired shape

Take your tile and pour the polish on it, now, rub the Amethyst against the polish on the towel until you attain your desired polish effect.