Ecuador has used the US dollar since its original currency, the Sucre, was abolished in 2000 due to hyperinflation. This was originally met with intense criticism, the US dollar was not well received at all, though it has positively impacted the economy. Now, the elusive 2 dollar bill, which is scarce even in the US, has become an interesting good luck charm treasured by the Ecuadorian people.

The 2 dollar bill was minted in the US in 1862, originally featuring the face of the treasurer at the time, Alexander Hamilton. Hamilton’s face was replaced by President Thomas Jefferson in 1869, the note has been in circulation ever since aside from a 10 year period between 1966 and 1976 when the treasury decided to stop printing it. There are around 1.5 billion 2 dollar bills in circulation in the USA, which isn’t a small amount but still, compared to 1 dollar bills, they are considered scarce and are frequently kept in the wallets and collections of those who receive them. 2 dollar bills are therefore even scarcer in Ecuador and other South American countries where they’ve established status as a good luck charm. Such is the interest in 2 dollar bills in Ecuador that there is even a kind of black market for them! People pay over the odds for a 2 dollar bill, sometimes 4 or 5 times the amount.

How To Use The 2 Dollar Bill Charm 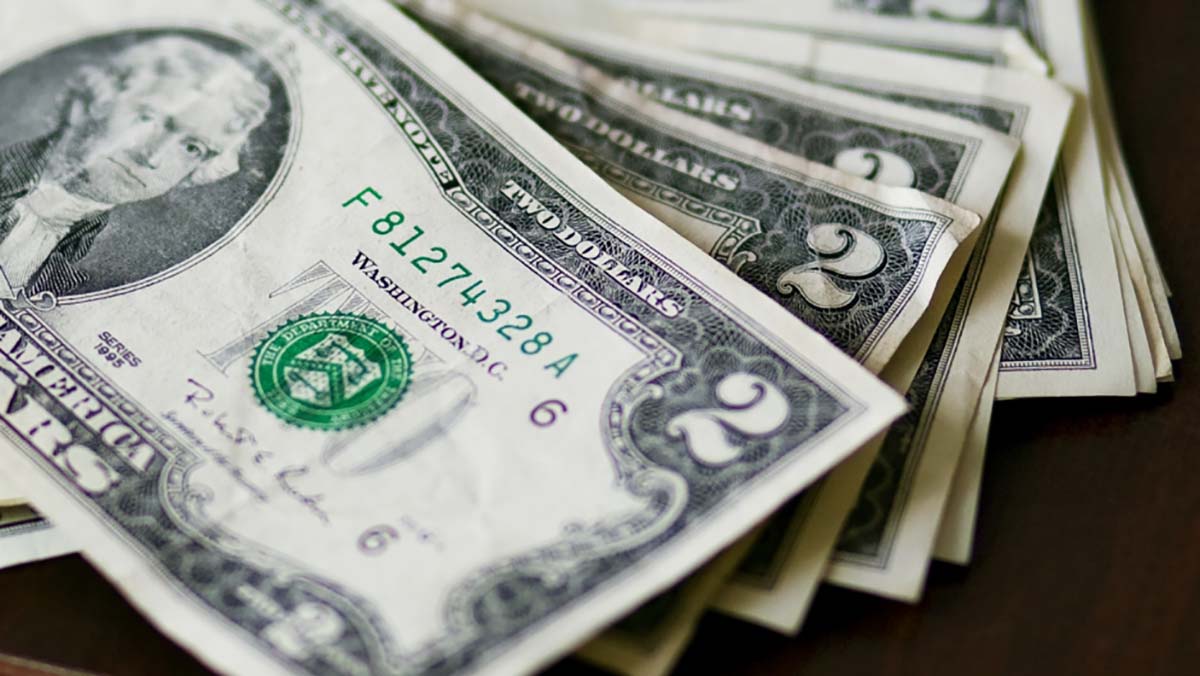 Keep the 2 dollar bill safe in your wallet. The more the better. The only thing you have to remember to do is not spend it, even when you don’t have other money!

How The 2 Dollar Bill Charm Is Made

Ecuador began to use the US dollar in 2000, departing from its own minted currency, the Sucre. Ecuador’s dollars are the exact same as US dollars, there is no other official currency other than the dollar. All Ecuadorian prices are in US dollars, this has improved Ecuador’s economy and there is no conversion fees or withdrawal fees from main banks in Ecuador as a result. The 2 dollar bill, however, was not circulated in Ecuador, though this changed in 2019 when the first 2 dollar bills arrived officially at Ecuador’s Central Bank. Are they still rare? Yes! Not many have been circulated and although not as rare as before, 2 dollar bills are more easily accessed by the population. This has only increased Ecuador’s obsession with the 2 dollar bill as a good luck charm.

How To Make The 2 Dollar Charm At Home

The only way to get your hands on a 2 dollar bill is from a bank or from another person who owns one! 2 dollar bills are circulated, though most people would hold onto it when they find one and not spend it. For this reason, getting a 2 dollar bill usually requires trades or even purchasing it off another for a high price. 2 dollar bills may be more common in towns and cities in Ecuador but they’re still very scarce in rural areas. Ecuadorians often ask travellers if they have 2 dollar bills and ask them to trade them, or request them for purchase. You could also try eBay.

Interesting And Fun Facts About The 2 Dollar Bill Charm