Rudraksh is a seed which comes from the Eliocarpus ganitrus tree which is believed to have spiritual qualities. When worn, Rudraksh can provide protection against negative energies and protect prosperity as well as encouraging abundance. 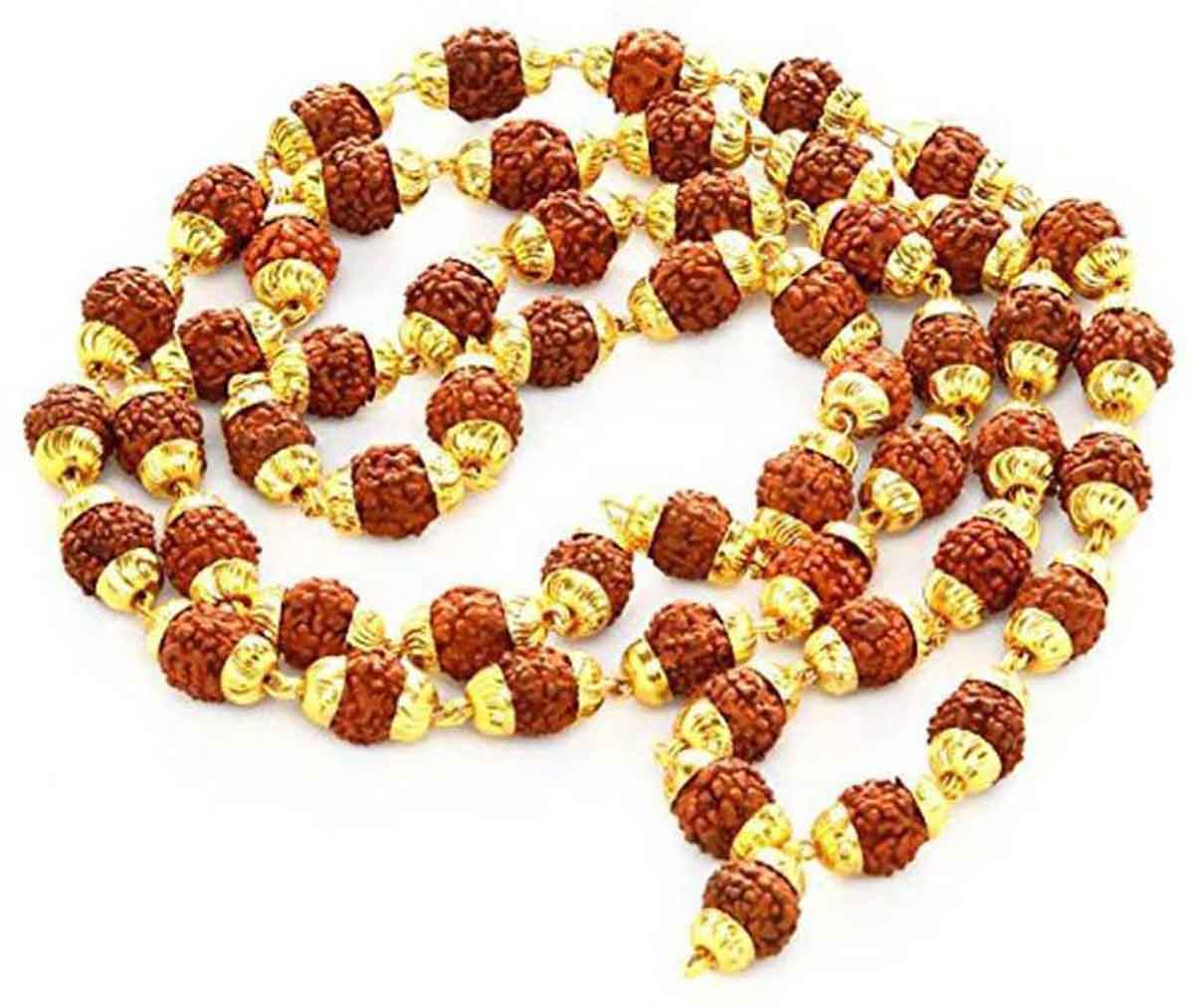 Legend says that once upon a time there was a powerful demon known as Tripurasur who was so strong he was able to challenge the deities. To defeat him, the deities prayed to Devadhidev Mahadeva Shiva for help. When Lord Shiva opened his eyes, tears shaped like lotus fell to the earth and wherever they touched, a Rudraksh tree sprung up. The seeds that grew upon the tree contained divine power and defeated the terrible Tripurasur.

Why The Rudraksha Charm Brings Luck

The Rudraksh is still believed to contain the power bestowed by deities and anyone who wears them has the blessing of Shiva.

How To Use The Rudraksha Charm

Rudraksh are most commonly strung together into a mala, used for meditation purposes. When two seeds are found naturally fused together, it is known as Gauri Shankar Rudraksh and believed to be particularly auspicious, embodying the union of Shiva and Parvati. The Gauri Shankar Rudraksh mala brings extreme good fortune, and not just protection.

How The Rudraksha Charm Is Made

When the Rudraksh are strung together, a special mantra to Shiva should be chanted. This ensures his blessing. They are strung in a special order to create the best resonance with your chakras.

How To Make The Rudraksha Charm At Home

It is usually recommended that you purchase a Rudraksh Mala charm that is already made as it will have been created with the correct balance and with the mantras chanted during the creation to allow the best resonance. However, it is possible to make one yourself at home. It’s important not to string the seeds too tightly as they can crack. Silk or cotton is recommended as the thread to tie the beads.

Interesting And Fun Facts About The Rudraksha Charm