History Of The Tcherot Luck Charm

A Tcherot pendant was considered a form of protection from the worldwide belief in the “evil eye”, bad luck and disease. The charms are often etched with an original design which carries a symbolic meaning and can be very decorative. The Tcherot, originally worn by the Saharan tribe the Taureg, as well as other Berber humans in the southernmost area of Morocco, Mauritania and Western Sahara. They were first believed to grant luck and rid you of evil with blessing or Baraka.

Why The Tcherot Charm Brings Luck

The Tcherot has served as a protector before the “evil eye”, from bad luck, disease and more. Some believe the amulet if worn, will allow a co-existence with the spirit world.

How To Use The Tcherot Charm 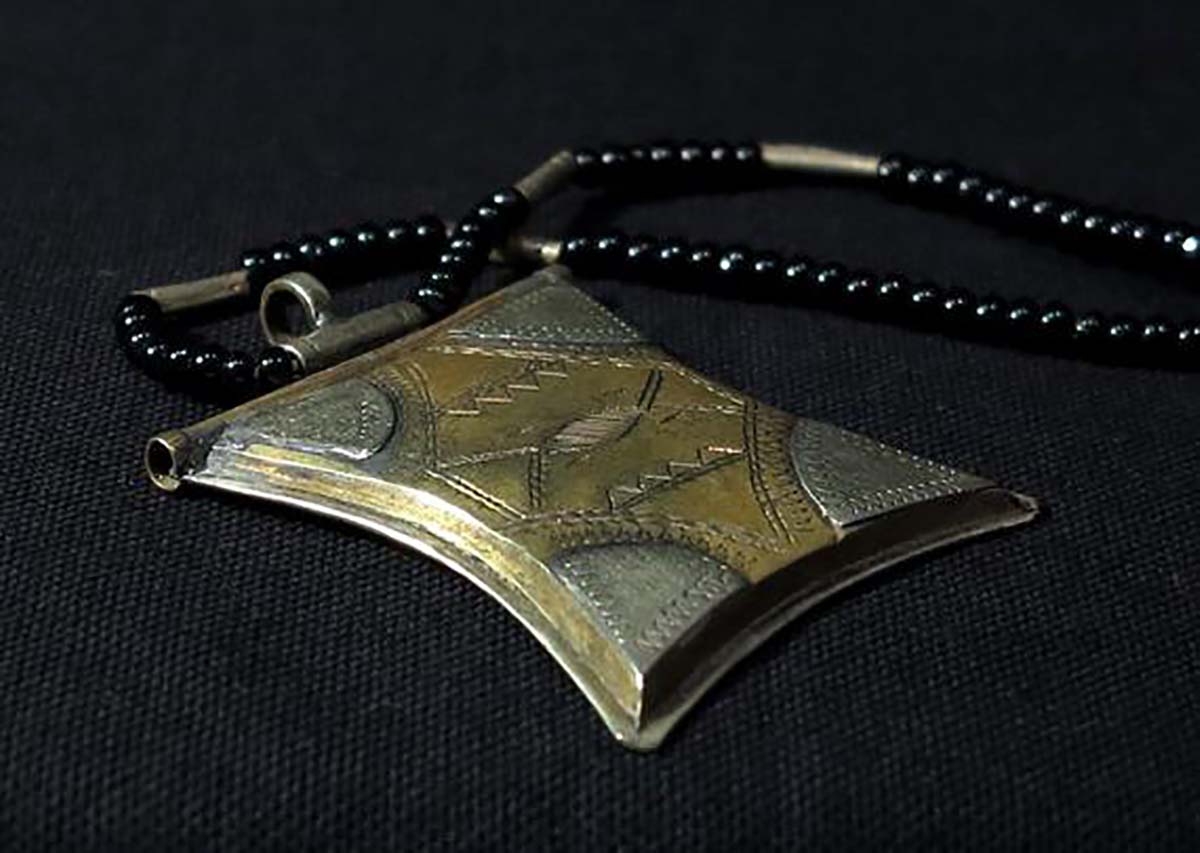 Islamic Taureg women and men wore the Tcherot charm as an amulet box. It could not open, and then contents are usually sealed inside. It was commonly hung around the neck with a cord that is put through a loop on the metal of choice.

How The Tcherot Charm Is Made

Often a Tcherot amulet was made of a choice of copper, brass, iron or silver, and would be filled with a piece of paper that had favourite verses written on a piece of paper, from the Qur’an. They can be embossed by stamped designs, engraving, or repousse.

How To Make The Tcherot Charm At Home

Pick your favourite metal, we don’t suggest copper due to its nature to change in weather and leave stains on your chest. They must be thin pieces of metal that you can cut into two 4×4 inch squares. Get a piece of paper that is foldable and write down your favourite verses from your favourite religious book. With a metal embosser or stamp, put your own design on each piece of metal. Set your folded piece of paper in between the metal pieces and fasten with some super glue. Drill a small hole through the top corner of your amulet, and string it, then put it around your neck.
Interesting and Fun Facts About The Tcherot Charm