In Bolivia, the god Ekeko is a Tiwanakan god of prosperity and abundance. During the yearly Alasitas fair held in the country, Ekeko has a major role to play. Depicted in the form of a man who is wearing Andean traditional clothing and carrying countless bags and baskets loaded with food, household goods and money, Ekeko has long been a good luck charm recognized by local people and tourists alike. It can be found in many homes in Bolivia. 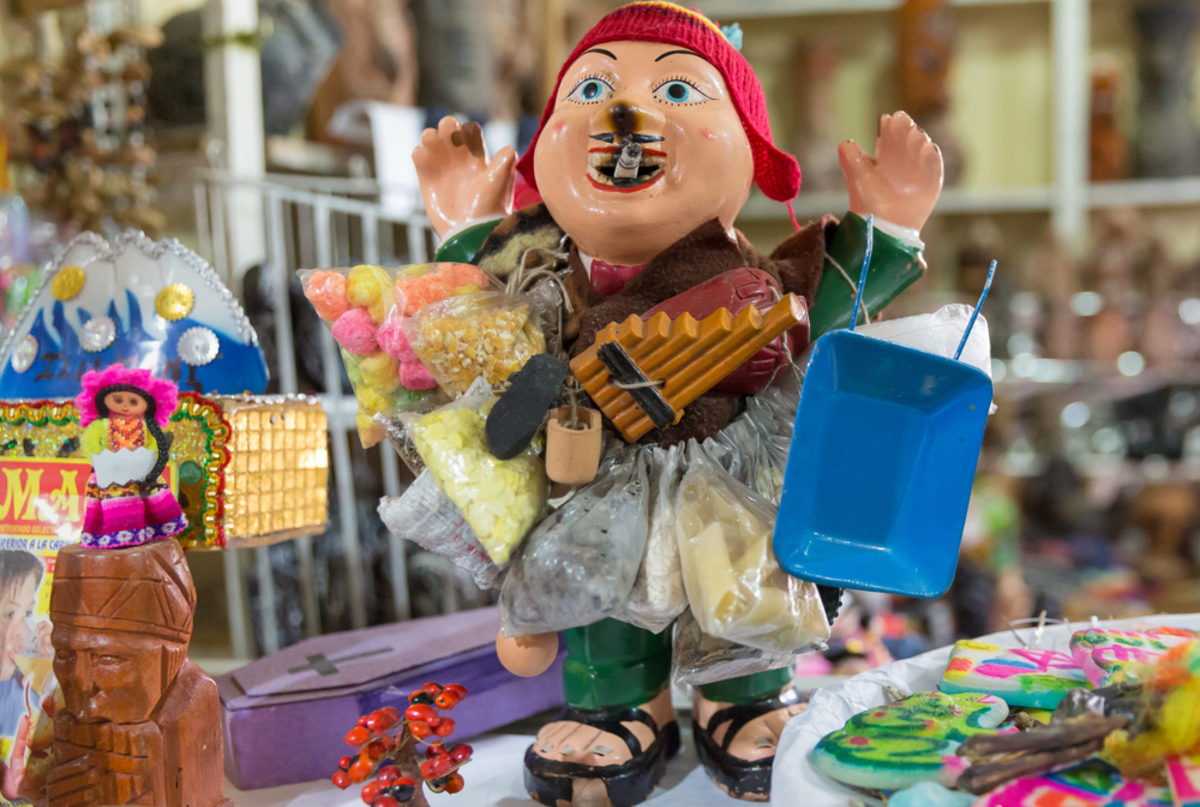 The Ekeko deity dates back to a time before the Spanish conquest of the Americas. Originating from the Tiwanaku settlers who lived on the high plateaus of the Andes, the image of Ekeko has changed over the years. Originally, it was depicted as a naked indigenous man. After years of the catholic church trying to stamp the cult out, Ekeko is now seen as a mixed race, clothed male figure. He is most associated with the Feria de Alasita where he plays the role of host, welcoming people to the festival and is decorated with miniature versions of the attendees’ dreams in the hope of them coming true.

Why The Ekeko Charm Brings Luck

The god Ekeko is said to bring good luck to those who worship him because he is the god of abundance and prosperity.

How To Use The Ekeko Charm

Miniature versions of the Ekeko charm can be kept in the home and hung with small bags filled with cereal, tobacco or banknotes to attract wealth of all kinds. Some people personalize their Ekeko by making small saddlebags for him to wear which are full of the things that they want to have in their lives. Many people put a lit cigarette into Ekeko’s mouth on a Friday. If smoke is produced, the charm will make a wish come true. He is also said to frighten misfortune away from the home in which he is sited.

How The Ekeko Charm Is Made

Usually, the Ekeko charm takes the form of a terracotta statue around 20-30 cm in height.

How To Make The Ekeko Charm At Home

You can make your own Ekeko charm at home out of clay. Once the clay is dry, you can then make your own saddlebags with cloth and fill them with some of the things that you would like to make more abundant in your life.

Interesting And Fun Facts About The Ekeko Charm

● The cigarette part of this good luck charm is believed to have originated from the Inca civilization.
● The original Ekeko statues were made from basalt.
● The Peruvians also lay claim to the Ekeko charm as their own, but in 2009 the UN were asked to recognize Bolivia as the origin.