Many believe that St Patrick introduced the Celtic cross when he brought Christianity to Ireland. However, there are signs that St Patrick was not the one to introduce the Celtic cross, and attribute it to St Columba or St Declan. On the Isle of Lewis an ancient Celtic cross stands which dates back to the 9th century. A similar cross was used in Roman times, with the circle believed to represent the halo of Jesus. The Celtic cross in Ireland is often thought to be a variation on this theme.

The combination of the circle surrounding the cross brings life and energy and together the symbol is one of great prosperity and luck.

How To Use The Celtic Cross Charm 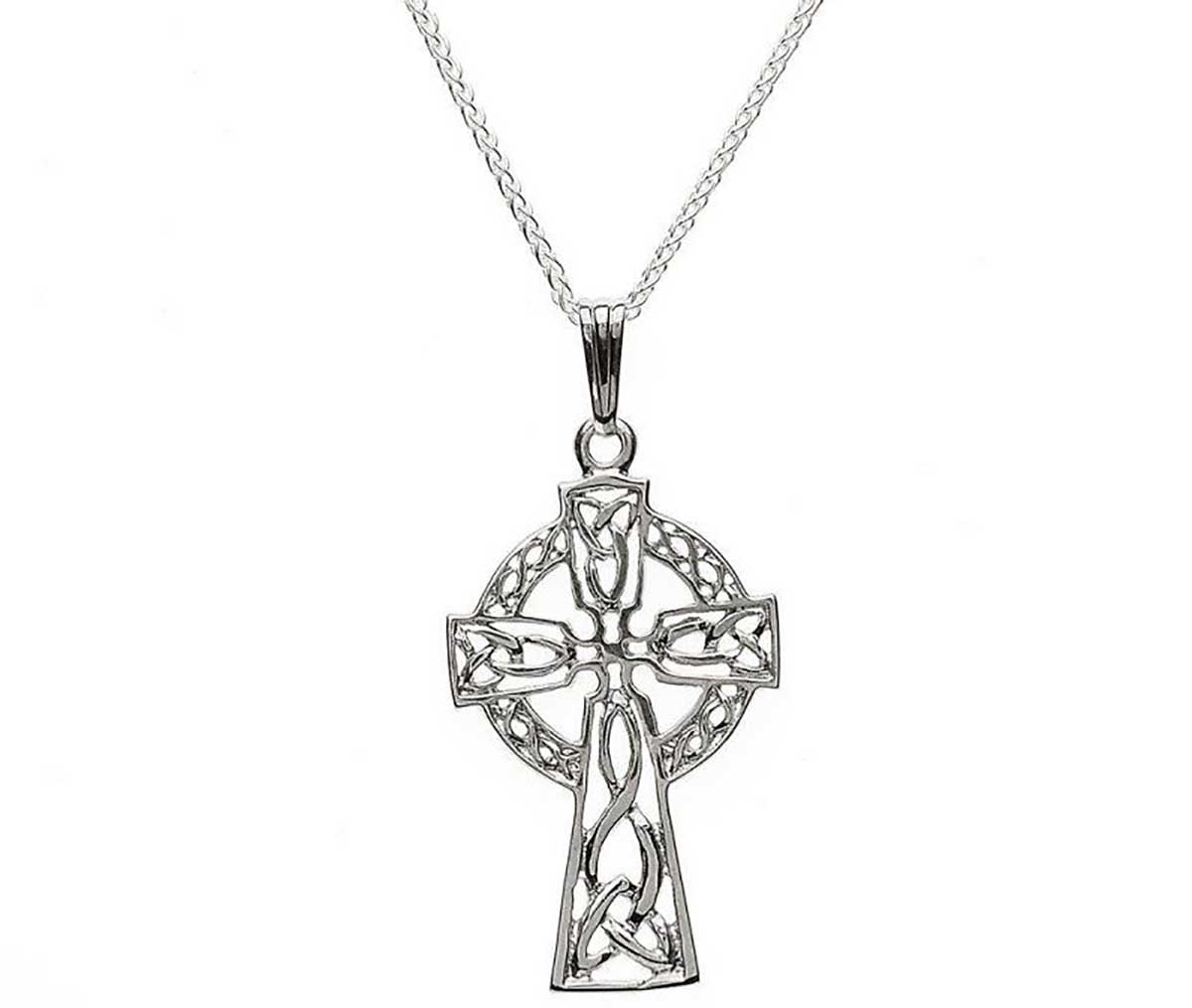 The Celtic cross is seen right across society in a variety of forms. This includes in churches and other sacred buildings, as ornaments in homes, on clothing and other apparel and used in jewellery. It’s perhaps this latter one which is most associated with the good luck charm, being worn around the neck as a pendant.

How The Celtic Cross Charm Is Made

The Celtic cross can be made from many materials but is most often seen created from precious metals such as gold and silver. Many versions of the Celtic cross which can be purchased include incredible ornate detailing on the circle around the cross.

How To Make The Celtic Cross Charm At Home

Although it would be impossible to recreate the intricate Celtic crosses that are available commercially, the charm can be expressed in simplistic ways too. Using silver jewellery wire and pliers, the wire can be looped round to create a representation of the Celtic cross. These can then be attached to a jewellery finding to create earrings or a pendant. Alternatively it could be attached to a hook and added to a keyring.

Interesting And Fun Facts About The Celtic Cross Charm