The Talhakimt, or sometimes known as the Tuareg, is a type of amulet that is usually worn by women. People in Niger believe that these items are a powerful talisman and protect the wearer from evil as well as bring good luck.

Why the Talhakimt Charm Brings Luck

The shape of the Talhakimt is what is meant to bring good luck to the wearer. The circle part of the item symbolizes female energy and the triangle represents male energy. With the two shapes represented in the same charm, they are meant to symbolize the union between female and male and so were considered a good luck ‘love charm’.

How to Use the Talhakimt Charm

The Talhakimt is traditionally worn as an item of jewelry. The amulets are worn as a necklace or as a beautiful decorative hair ornament.

How the Talhakimt Charm Is Made 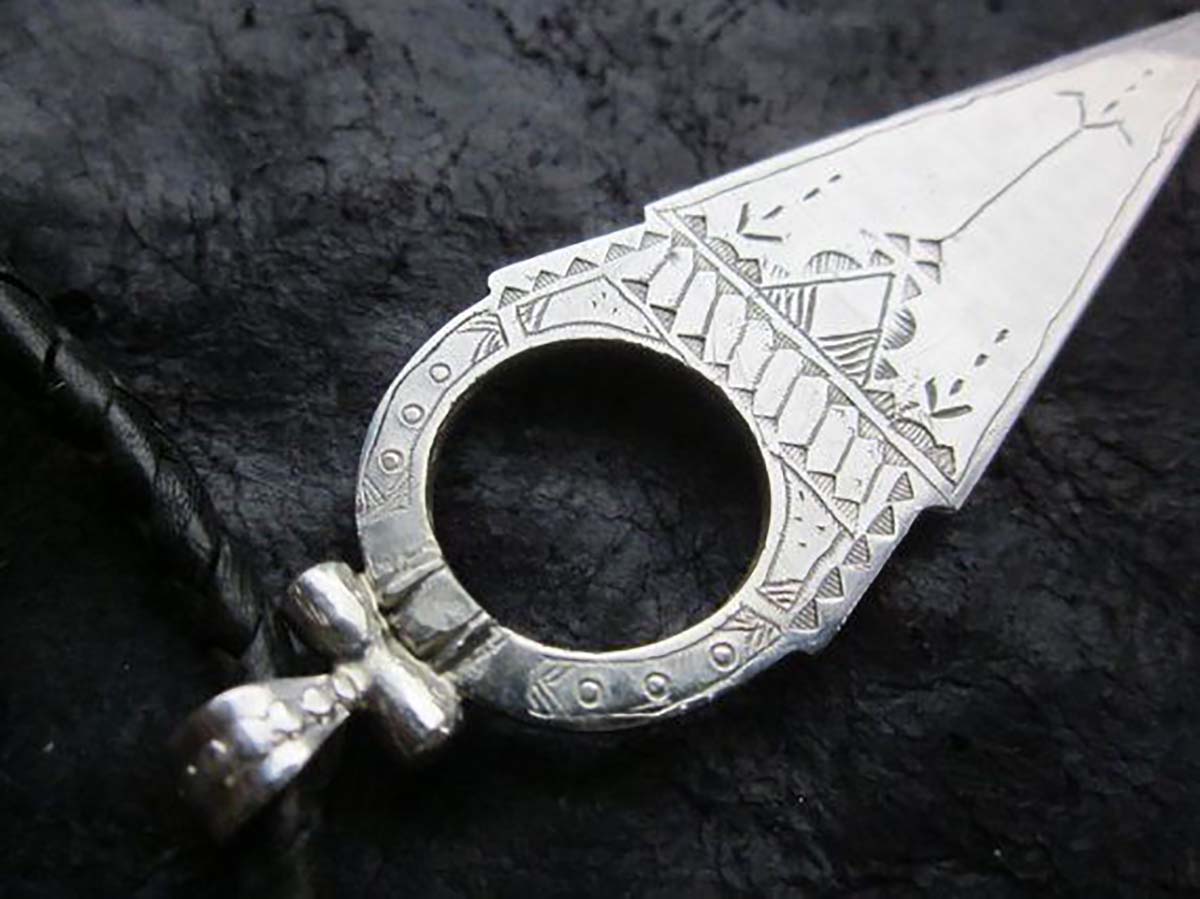 The Talhakimt were originally carved by hand, however, nowadays they tend to be made in factories across Africa as well as in India, France, Austria, Germany, and Italy. They are still worn as necklaces or hair ornaments and are traded across Africa where they are still very popular.

How to Make the Talhakimt Charm at Home

These items are usually made in factories and can be easily bought online. However, if you would like to try and make your own you can.

You can also buy a Talhakimt cookie cutter so you can make tasty charms to bring you good luck!

Interesting and Fun Facts About the Talhakimt Charm